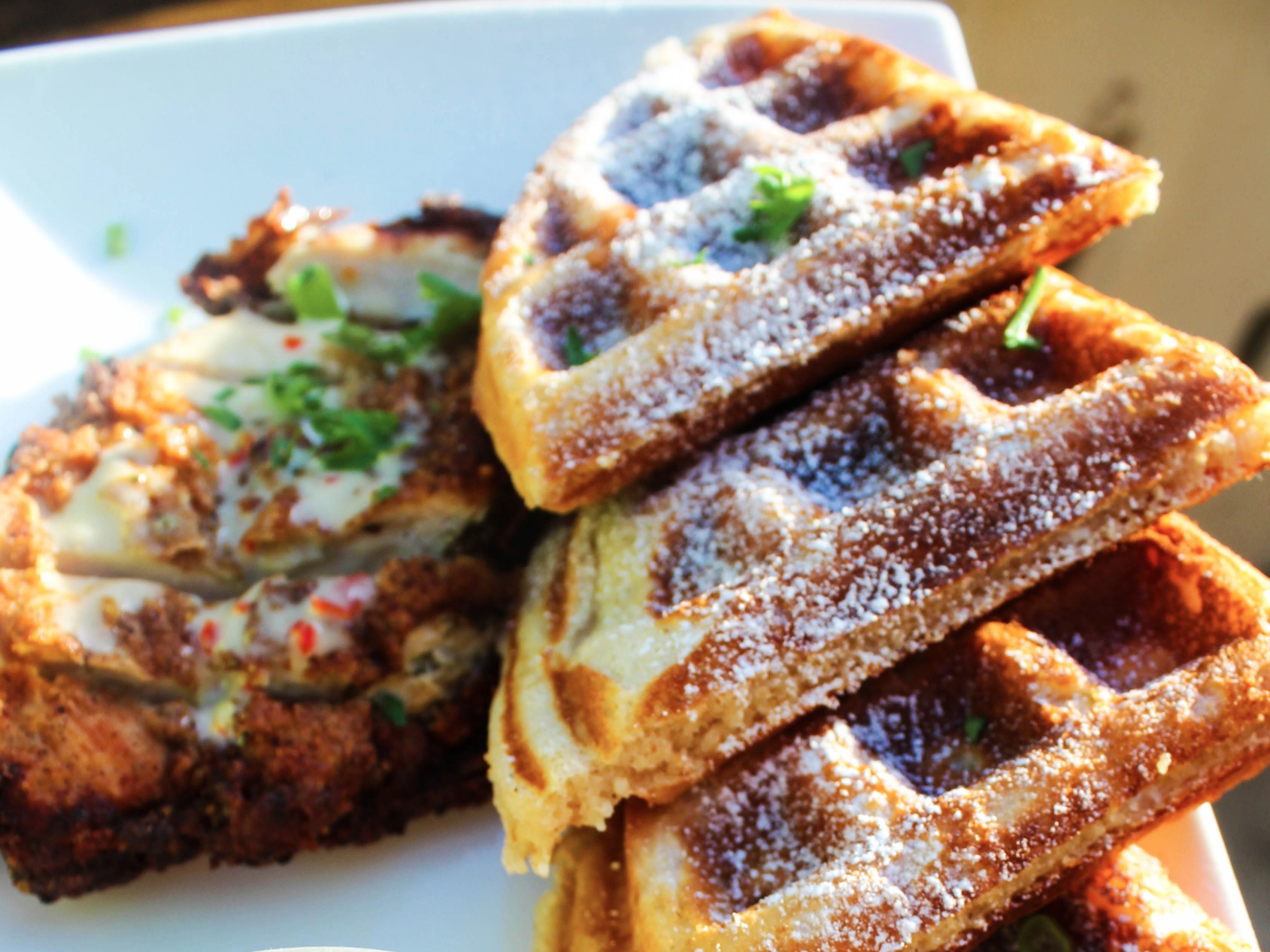 Kareem’s kitchen was bursting with aromatic appetizing scents, which infused into the atmosphere sweetly. My senses were heightened as I entered his kitchen to see what concoctions were being prepared. I was eager to learn what was being whipped up in my honour to taste as I was told to bring a large appetite!

After studying in Barbados and Canada, Kareem gained culinary experience in various establishments, the latest being at Daphne’s restaurant in Barbados. While encountering a physical illness in his life which has presented some challenges for his career, Kareem remains driven to continue to fulfill his dreams in the culinary arts. He currently sells recipes and takeout meals, while maintaining an online food blog called Kreamz Kreations. Kareem consistently challenges the concept of basic dishes with his phenomenal culinary twists! To view his blog, please see link later in this post.

To open the palette – Chicken & Waffles was served! ♥

Fluffy buttermilk waffles dusted with powdered sugar, served with pancake syrup sweetened with Barbadian Mount Gay Extra Old Rum (the best). Chicken was marinated in his Bajan and Cajun seasonings, pan fried to crispy perfection while remaining moist and juicy on the inside. The chicken was garnished with a light scotch bonnet and honey aioli sauce and fresh parsley. D-I-V-I-N-E … Is your mouth watering yet?

This is one of the ultimate sweet and salty combos – CHICKEN & WAFFLES! The soft texture of the waffles combined with the deliciously seasoned chicken paired wonderfully as a complimentary duo. The scotch bonnet and honey aioli which garnished the chicken, was an unexpected treat to this dish; adding some serious delectable taste flare. Taking your regular fried chicken from a 5/5 stars to a 6/5 stars. The extra rum kick in the syrup is not to be forgotten, as Bajans would say… ALL IS RUM! 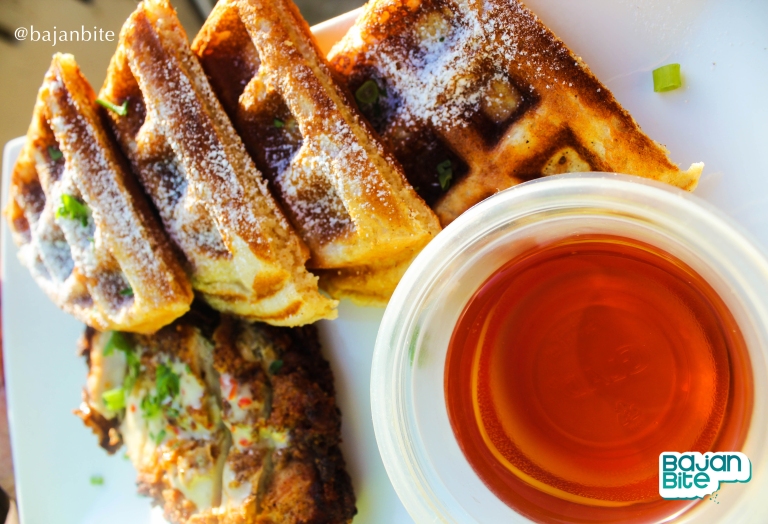 Prepared with seasoned chicken chunks, mushrooms, basil, and cherry tomatoes, this decadent dish featuring sweet potato gnocchi was a gourmet Kreamz Kreation indeed! Tossed in a creamy garlic sauce, this homemade potato pasta was velvety smooth, rich and filling. Every bite was worth the calories! As I watched Kareem cooking both dishes I noticed he wasn’t tasting as he was preparing the meals, so I was curious why. He simply said he doesn’t really enjoy eating food, but he loves to cook and create innovative dishes.

Huge thank you to Kareem for inviting me to his kitchen and preparing this undeniably delish feast. It’s safe to say you SHOOK up the kitchen!

As always, thank you for visiting Bajan Bite, I hope you enjoyed the read!

This site uses Akismet to reduce spam. Learn how your comment data is processed.